I’m a Christian and I Have Anxiety

Jack was 41, a husband & father, a Christian for 19 years, a Sunday School teacher, and filled with anxiety.

When Jack first walked into my office two things were obvious. He “appeared” as a confident man but he was full of fear.

The only reason those two things were obvious to me was that I had seen them many times before.

I’m certain most people would never think Jack was a fearful, anxious man. He seemed successful, in control, confident, well put-together. And that is the image Jack had mastered.

Keeping that image up for decades meant constant effort. Jack was tiring. He said he was stressed out all the time but didn’t understand why. He wanted answers and relief. That’s why he came to see me. Stress wasn’t Jack’s real problem, but he didn’t know that.

I was positive, that like most broken Christians, if I told Jack what his real problem was, and he agreed and attempted to fix it, he would fail. And that’s not because he wouldn’t try hard or long enough.

My spiritual gifts, training, and experience allowed me to have a good idea of Jack’s true issue. Yet, my insight alone would not help Jack. I could lay it out for him, but only understanding the “why” would not help him. He had to experience the proper Biblical resolve. That would take more time.

Over the years I have found this to be true. I can tell the majority of broken Christians the correct information about their situation. I can show them how all their other issues sprout from that root problem. They often grasp what I am saying and agree with it. I can encourage them to read more Bible, pray more, and worship more. They agree to do so. Then the majority go away and continue to fail.

For most broken Christians, lectures, seminars, sermons, and book knowledge alone does not solve the problem. They don’t need more information, they need formation. Many times formation begins or thrives from an experience, rather than spoken or written instruction.

I have found that even when I am quite direct and give them a specific Biblical “prescription” they still falter. The prescription can be Bible passages to study, meditate on and memorize. I present prayer patterns to follow. I can continue to meet with them and encourage them. These practices are correct and good. The problem is many, if not most broken Christians will seem better for a while and then fail.

You can tell them to just believe. They can agree and try. Yet, they are plagued with relentless, recurring doubt.

Here’s what has happened…

The broken Christian doesn’t grow up and live each day thinking about that belief, they react to it. Their reactions are generally meant to quell the symptoms of their pain, and their reactions are most often destructive. That entire process can remain hidden to them until something reveals it and they respond correctly.

For broken Christians, I have found what works best is a personal encounter with God. They need an experience akin to a “jump-start” of their soul.

They need not “dry” information but to “encounter” the correct information—the truth—in their deepest being. This is a dramatic happening. It occurs during Bible-based meditation & prayer that we call Truth Encounter.

The process reminds me of Acts 9:18 when—immediately—something “like” scales fell from Saul’s eyes. The 95 evangelical scholars & teachers responsible for the English Standard Version (ESV) Study Bible say this about Acts 9:18:

” This physical event was also a symbol that Saul’s spiritual blindness had been overcome and he could now see and understand the truth.”

2 Corinthians 3:14-17 makes it clear that spiritual blindness is possible. You may say that passage does not seem to be speaking of born-again believers. I agree. Yet, I would also reply, for a Christian to live correctly according to the Bible, they cannot only believe in God. They must live what else the Bible teaches.

To live out something that is true, a person must first know & believe that truth. If their belief(s) are not Biblically accurate, they are, in effect, spiritually blind and they will suffer. Their beliefs must first change.

To change a person’s belief(s) that have been firmly “cemented” in their mind since childhood does not occur with ease. It is hard for any person to change a deep belief. In the case of broken Christians, it is even harder.

To inform a person who does not know a fact is simple; just tell them, right? Apply that to a person who does not know a specific truth that the Bible proclaims. Open the Bible and show them what it says. My experience has been that process works fine when a specific truth is not the opposite of what has been emblazoned on a person’s mind for decades since childhood.

I am aware that no matter the difficulty, the Lord can help a person who seeks & trusts him. That said, it has been my experience that the Lord most often works in tandem with Christians who help other Christians. Thus, it is up to those who are mature in the faith, experienced and gifted by the Spirit to help those who are in need. We must labor to help them know & apply the truth.

CAUTIONARY NOTE: I agree that if a Christian is exposed to proper doctrine, believes it, and is obedient to the Word, then the Holy Spirit will eventually enlighten them. They will see the error of their beliefs. The problem is, for that to work, a believer has to remain vigilant in their obedience and pursuit of God. I have found that many, if not most, have and do backslide. Even for those who continue their efforts toward Godliness, the process can still take years. During that time, without intervention, broken Christians will continue faltering. This is especially true if their Christian experience amounts to not much more than Sunday morning attendance, and occasional Bible reading & prayer. If they do not have an understanding, mature Christian to assist them, they will struggle. They will not understand why they struggle and they will become discouraged. Then their sum Christian experience is going to church and trying to be a good person. They need help, thus the purpose of my ministry and this website.

Jack’s supposed confidence was an illusion he had perfected through years of overcompensating. He was fearful of never measuring up, so he learned to present himself as if he did measure up. Of course, his idea of “measuring up” was some impossible ideal he had erected in his mind.

For whatever deficit he sensed within himself, he had to continue to overcompensate.

Why did Jack HAVE to do all this? The facts of his life would suggest he needn’t be fearful or anxious.

In fact, Jack would have to look hard to find an enemy because everybody seemed to like Jack. Then why was he fearful? Why did he have anxiety? For what was he overcompensating?

For the sake of brevity, I will illustrate Jack’s problem “chain.” This is how, beginning with the core issue, one issue then feeds into the next.

It is possible to suffer anxiety without first suffering perfectionism or fear. Anxiety can also occur from…

While those causes are possible, and any of them could heighten Jack’s anxiety, they were not the initial cause of Jack’s long-term anxiety.

Jack suffered anxiety because he was fearful he would not be perfect. He feared not being perfect because he believed Biblically incorrect information about himself and about what God thought of him. That information was “planted” within him as a child and it was created by Jack’s father who verbally abused Jack.

Keep in mind that this incorrect information was not at the forefront of Jack’s daily thinking. He had a lifetime of reacting this way. That resulted in Jack running on “autopilot.” In other words, Jack did not wake up each morning and say to himself…

“I suffered abuse as a child. That makes me insist on being the best at everything. It makes me afraid I won’t be the best or perfect. But I’m never good enough. That causes anxiety in me. Now I’m stressed all the time.”

Instead, Jack approached each day “feeling” the effects of his beliefs about himself. That “feeling” was the various ongoing symptoms of anxiety:

Feeling the symptoms, but not understanding their source caused Jack further worry. That created a spiraling trap of becoming anxious over feeling anxious!

After years of distress, Jack wanted relief and was willing to accept counsel. Up until this time, he believed that if he couldn’t solve his issues himself, it proved he wasn’t “good enough.”

I explained to Jack the process of Truth Encounter and Biblical Coaching. Jack agreed to the process.

During the process, Jack encountered the Lord in a powerful experience. Jack was overwhelmed by the Lord’s love for him. He clearly understood what happened to him as a child and how his reactions had harmed him. He saw that he had believed incorrect information about himself and about God. He learned God’s view of him. Jack then accepted God’s truth and acted on it. I saw the relief rush over him.

Afterward, in the context of Biblical Counseling, I gave Jack some things to work on and a few helpful tips. We followed up with four more appointments to make sure Jack was steady and well on his way.

Today, Jack does not suffer from anxiety. Nor is Jack bound to perfectionism. He continues his role as a husband, father, professional and Sunday School teacher.

The difference is Jack does these things from a point of rest, not anxiety. 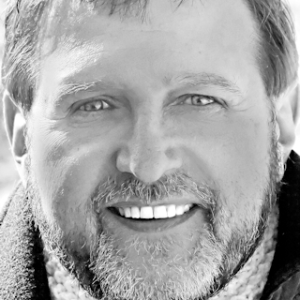 Don Mondell is a member of the American Association of Christian Counselors, the International Christian Coaching Association, an Abuse Survivor Advocate & Life Coach Board Certified with the International Board of Christian Care. Don has over 35 years experience in marriage & life recovery for Christians struggling with addictions, anger, anxiety, depression, low self-worth or perfectionism. Don is also the founder of SoulCare Research, the developer of the HEARhelp and P.R.A.Y. Christian care materials, as well as a church-based pastoral care minister and men's drug rehabilitation instructor.
All Posts »
Facebook
Twitter
Reddit
Tumblr
Email
Print
PrevPreviousI’m a Christian and I Want a Divorce
NextWhy Do Some Christians Continually Struggle with Marriage, Abuse, Alcohol, Drugs, Porn, Perfectionism or More?Next